You are here: Home

A History of Claregalway Castle.

Claregalway Castle was a chief stronghold of the Clanricarde Burkes. Construction of Claregalway Castle began in the early 1400s and was probably competed in the 1440s. Located on a low crossing point of the River Clare, the castle controlled water and land trade routes, exacted tolls, and maintained Clanricarde Burke authority in the surrounding countryside, a region known in pre-Norman times as Magh Seóla (the level plain). By 1580, there was a network of Clanricarde Burke castles stretching from Lough Corrib to the River Shannon. The castle once had a six metre high bawn/defensive wall, an imposing gate-house, a moat as well as other buildings including a dining hall. 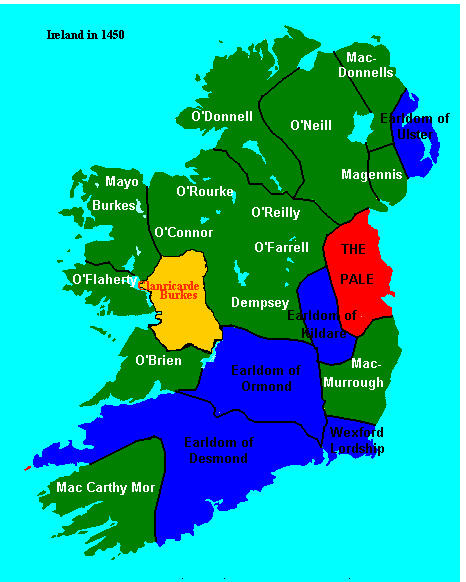 This battle took place 5 kilometres from Claregalway Castle and was one of the largest pitched battle in Medieval Irish history, involving an estimated 10,000 combatants. The battle was fought between the Clanricarde Burkes, led by Lord Ulick Finn, and a combined force headed by the Earl of Kildare, Gearóid Mór Fitzgerald. The official reason for this battle was that Ulick Finn had aggressively overstepped his authority in Connacht. However, the unofficial reason involved scandal. Ulick Finn Burke was allegedly having an affair with the wife of another lord who consequently complained to Fitzgerald, demanding justice.  The fact that Burke was already married to Fitzgerald's sister Estacia didn't help matters. Taking offence at the disrespect shown towards his sister by Burke, Fitzgerald moved westward towards Clanricarde territory to confront Burke, collecting allies from all over Ireland.

Ulick Finn Burke spent the eve of the battle at Claregalway Castle, drinking and playing cards with his men. The next day, Burke and his army marched off to meet Fitzgerald's forces at a nearby hill, later called Knockdoe or Cnoc Tuagh/Hill of the Axes. There was terrible slaughter and Burke's army was defeated, though he himself survived. At least 3,000 men died in close, hand-to-hand combat. A contemporary account described the aftermath; 'for the plain on which they were was impassable, from the vast and prodigious numbers of mangled bodies stretched in gory litters; of broken spears, cloven shields, shattered battle-swords, mangled and disfigured bodies stretched dead, and beardless youths lying hideous, after expiring…'

Afterwards, Fitzgerald captured Claregalway Castle, taking some of Burke's children as hostages. He then proceeded to Galway city whose mayor provided over 7,000 gallons of wine for the victors to celebrate with. 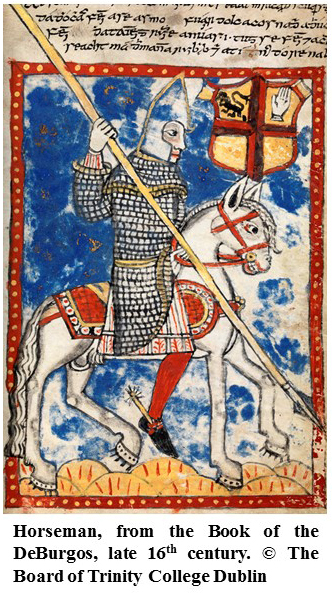 Ulick na gCeann Burke: Known as Ulick of the heads because of his having taken many heads of defeated enemies. This charismatic figure travelled to meet Henry VIII at Greenwich Palace, London. There, as part of Henry's 'Surrender and Regrant' policy in Ireland, Ulick knelt before Henry, accepting his claim as King of Ireland. In return, Ulick was granted the title of Earl of Clanricarde, along with lands and property near Dublin.  Prior to visiting England, Ulick married Dame Marie Lynch, a rich widow from Galway city. Marie helped Ulick prepare for English court etiquette, and also taught him some English since Ulick spoke only Gaelic and Latin. Unfortunately, Ulick already had two other wives; Grainne O' Carroll and his cousin Honora De Burgo. In the following generation, there were bitter wars of succession between the sons from these different marriages, and Connacht suffered as a consequence.

The Brian Boru/Irish Harp: While at Greenwich,KingHenry presented Burke with a gift of the so-called Irish Harp, the national symbol of Ireland, now held at Trinity College Dublin. Tradition says that Ulick brought this famous instrument back to Claregalway Castle with him, where its music likely echoed through the castle's great hall.

Ulick Burke (1604-57), 5th Earl of Clanricarde, spent time at the castle during the late 1640s/early 1650s. He was the Royalist commander in Ireland for King Charles II in the closing stages of the English Civil War which had also extended into Ireland. Correspondence  written by Burke from Claregalway Castle to the King  survives. 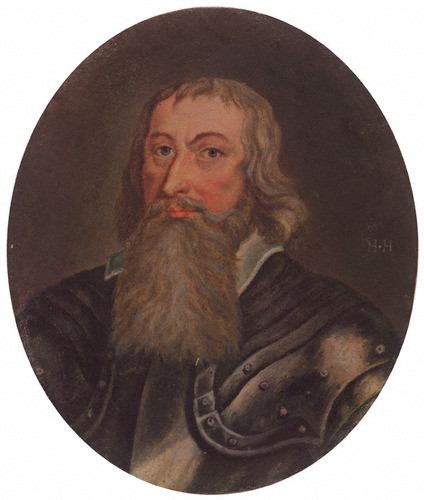 In 1651 Claregalway Castle was captured by Oliver Cromwell’s commander for Connacht, the brutal Sir Charles Coote II, who made the castle his headquarters. The English Civil Wars combined with the Irish Rebellion were by then nearly over.  Galway, a staunch Royalist stronghold, was the last town in Ireland to yield to Cromwellian forces but only after a dreadful nine month siege prosecuted by Coote. On 5April 1652, Galway's leaders surrendered the town to Coote at Claregalway Castle.  It is probably sometime after this that the castle was slighted, meaning that its battlements and bawn walls were demolished. In the centuries after this, the castle fell into disrepair.

There was an English military garrison stationed at the castle in the early 1700s. In 1791, a French diplomat, Coquebert de Montbert passed through Claregalway while on a tour of Connacht. De Montbert described the castle as being in good condition, but without its roof and battlements.

At some point, either in the late 1700s or early 1800 centuries, there was a water-wheel and flax mill in operation at the castle. An etching by Samuel Lover in 1831, and an enigmatic engraving by the famous artist William Henry Bartlett from about 1841, show the ruined castle, with the water-wheel, the original eleven-arched bridge beside the castle and the nearby beautiful Franciscan Friary.

The castle was used by the British as a garrison and as a prison for I.R.A. soldiers during War of Independence, 1919-21. The first Garda Siochána (Irish police force) station in the area was based at the castle for a short time. In 1931, the famous actor Orson Welles, then a 16 year old unknown, stayed at the castle for a time as part of his travels in Ireland.

Today the castle is fully restored and is open to the public for six months of the year. It hosts the annual Galway Garden Festival, Christmas Fayre, among other events. It also takes in curriculum-based school tours. Claregalway Castle is the home of the Medieval Armoured Combat Ireland (MACI) team.